Vikramaditya, Chakravarti emperor in Ujjain, is well-known as such an ideal and great king of India. He ruled over the hearts of his subjects with his ideal, might, and generosity and showed mercy and forgiveness. Indian literature contains hundreds of stories about these qualities. Emperor Vikramaditya is associated with the stories of Vikram betal and. His name defined time. Today, we honor Vikrami Samvat. Today, I bring the first Vikram Betal story. It tells the story of how Emperor Vikramaditya was involved in the betal affair.

Once upon a while, Emperor Vikramaditya received a visit from a fakir. It was morning. The custom was that people would come early in the morning to give presents to the Emperor. The fakir also gave the Emperor a fruit that looked wild. The Emperor smiled slightly. The fakir was there, and the fakir has nothing else, so he accepted. Whatever the gift was, he used to give it to the Wazir who was nearby. He gave him the wild fruits.

This continued for ten more years. Every morning, a fakir would appear and offer a similar type of wild fruit. Ten years! Every day, the Emperor would give fruits to the Wazir. He never asked, because there were so many people who gave presents every morning. So there was no time to ask fakir.

The Emperor’s pet monkey, however, was there one day. The Emperor didn’t give the fruit to Wazir but gave it to a monkey. The monkey ate the fruit. A huge diamond that was in the fruit fell from his mouth. The Emperor was shocked. He had never seen such a large diamond before. The Wazir asked, “Where are all the other fruits?”

Wazir thought it was a wild fruit and tasteless, so he threw all fruit in the cellar

The next day, the Emperor asked the fakir, “What’s this secret?” What do you want? You bring this gift to me for ten years, and I don’t know why?. I know there are wild fruits.

According to the fakir, “If your unaware, then life is like this.” The second parallel earth stream is now open.”

Further, the mystic said that “Everyday life brings you something.” Assuming they are wild fruits, you keep throwing them away. Every fruit contains a hidden diamond that you’ve never seen. Whatever happened, it happened. Do not go backward, or you’ll miss the next time. Don’t also run ahead. Because I see, dreams run. You are the greatest Emperor in the world. You can’t stop moving forward. “I want to tell your something. Listen to it.”

The Emperor sat attentively. This was not a normal man. He knew that he was a Fakir by now.

According to the fakir, “Life does not come easy.” The life you have been given is extraordinary. You are unaware of this.

The king was convinced that this could not be an ordinary person and sat down to think more. The king said to the fakir: “Say it’s like listening to every word of yours.” For the past ten years, I have been coming to you every day, hoping that someday you will wake up. You are the man I’m looking for. Veer Vikramaditya. India has only named two heroes: one Mahavira, and one Vikramaditya. You are certainly brave, and there is no doubt about that. But being brave alone is not enough. It is why I asked that you awaken to the present so you can be useful to me. Both of these things are now possible. You are Mahavir now – you have both your senses and your courage. I am involved in the work of a great, great system. To do this, I need someone courageous who lives fully in the moment and Can’t be scared. This is your chance to prove yourself capable of this task. When midnight falls, you must go to the marghat. You will meet me there.

The fakir was gone. The Emperor thought many times about whether to go into this mess. He would not be satisfied if he ran away. This man is extraordinary, and his efforts will not go unnoticed. We kept throwing the diamond-like wild fruits; in the same way, I don’t know which heaven or which door to salvation will open in marghat. This fakir scares me hell!

In the middle of the night, Vikramaditya finally reached Marghat. It was a terrifying and horrible night. It was not like any other night. There were mystery, fear, and ghosts all around. After creating his mandala, the tantric fakir is naked. Skulls! A living corpse The corpse is to be cut. He has done all the necessary arrangements.

To the Emperor, he said, “Come; Fine.” There is a hanging corpse a little distance from the tree. The dead body must be removed from the tree. Be alert, stay calm and be aware. This work is like walking on the edge of a saber. I missed it a little. Then, I won’t have the ability to help.”

Emperor Vikram, Betal, and Marghat were awakened in the night of Amavas.

Vikramaditya approached the tree with a throbbing heart. He felt great fear because there wasn’t anyone there. Terrible silence, Death everywhere! The dead bodies were hanging from the banyan tree. Twenty-five, not one. They smelled a lot.

He managed to block his nose and climbed the tree. Both his hands and feet were shaking. It was hard to climb the tree. The rope from the dead body was somehow cut.  And the corpse falls to the ground. The corpse fell and was gleefully laughing! Vikramaditya lost the battle for his life. He thought it was dead. It seems to be alive, and it is in a strange state. Panicked, he went downstairs to ask her: “Why do you laugh?” What’s the matter?

All I could say was that the corpse flew off, then hung from the tree. He said you missed.”

Vikramaditya went back to the tree. Climbed to the tree and cut the rope for the corpse. Dhamma’s sound as soon as the corpse was down, and then the terrible giggle! The chest trembled. He climbed down from the tree to place the body on his shoulder. It wasn’t easy to keep silent. The Emperor felt afraid and wanted to speak. Someone tried to say a mantra to get courage. But the condition was that nothing must be said.

He was able to keep his cool despite great difficulties. He was a courageous warrior. He began walking with the body of the dead on his shoulder. The dead body said to him, “Listen, it is long and deserted.” The night is dark. To make your journey easier, let me tell you a story.

Vikramaditya didn’t even want to listen and did not want to be involved in this affair. They felt that if anything came out of their mouths while listening to the story, it would hang back from the tree. My work will be halted if this happens. It is wrong to say no, as it will be thrown away. It was right for the Emperor to keep silent.

The story was told by the dead – three young men lived in an ashram run by a guru. The Guru’s girl was the one that all three fell for.

The story began to get interesting. The story of love is a great story. Vikramaditya began to faint a bit. Vikramaditya was trying to take care of himself, but curiosity got the better of him.

They were all the same. Talented, qualified, and amazing. Guru was struggling to decide whom to choose. The girl was also struggling to decide which option to choose. There was no way. She was caught in a conflict between all three. There were three options, and it was not easy to choose which. Two must leave. They cannot all be married. This was a huge hurdle. There was no way out. The girl took her own life, realizing that there was no solution. The body was burned.

One of the three young men began living close to his ashes on the marghat. He would then sit down and smoke the same ashes.

The other young man was so engulfed in misery that even the thought of becoming a householder was difficult for him. He began to travel like a man to forget his sorrow. He decided in his heart that he would continue to roam the world. I will do my best to alleviate the suffering of others. Do not settle for less than you deserve. I do not want to be at home. He became a wandering fakir.

The third young man was filled with hope. Because he heard some people can help the skeleton be revived. He took all the bones. He would then take the ashes to the Ganges every day and wash them. He would also protect them by ensuring that he would bring the girl back to life if he found someone who could revive and knew the mantra.

Years passed. After a long journey, the young man discovered a person who knew how to repeat the mantra. He taught him the mantra. He’s now scared, scared! We don’t know if the skeleton will be left. They must have been thrown out at one point. But I was convinced. The skeletons were saved. His companion kept him.

He recited the mantra; the girl was revived. Mantra-soaked, she was more beautiful than ever. Her body looked like gold. Her skin looked like a fresh lotus. The dispute began.

The Emperor lost track of what he was doing while he was listening to the story. They don’t have a sense of place or time. He was wandering through the story. Rajan heard the dead man say, “Listen carefully, Rajan. A quarrel broke forth. The question now is, Who’s a girl among these three ?” What do you think ? If you know the answer and not saying it, your head will explode, and you will die Immediately. But if you don’t know the answer, it doesn’t matter.

Vikramaditya was in serious trouble. His mind has the answer. He was intelligent, rational, and  His logic was crystal clear. There was no doubt that there would be no answer.

Emperor said the mantra was recited by the young man, who then gave birth to the girl. He is like a father figure. Therefore he cannot marry. Because he served and did duty, the one who took care of the ashes and bathed daily in the Ganges is like a son. She cannot marry him. The lover is the one who smoked, wrapped the ashes, sat hungry and thirsty on the marghat. To get married to her…” The corpse flew away and again hanged from the tree; Because the Emperor had spoken.

Vikramaditya was defeated. “ On hearing the answer, the corpse again hung on the tree.  Twenty-five such stories go on all night, and the Emperor misses every time. Every time he deviates from the present. Either in the past or the future. As soon as they move away from the present, he misses. Every story takes a little courage and adds courage; the waves of thought do not vibrate for a long time. By the twenty-fifth story approaches,  Just listening to the twenty-fifth story, like nothing is happening inside. The Emperor becomes much calmer.

That was it for today hope you like the story of Vikram betal share it with your friends and kids. 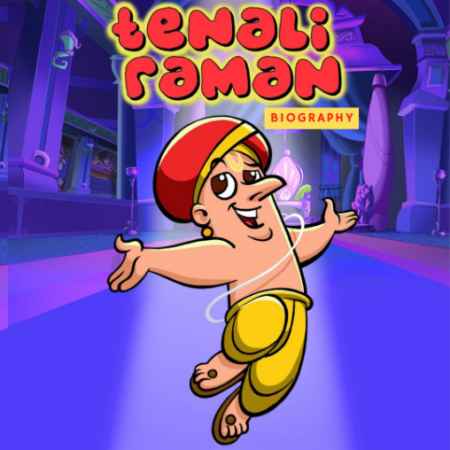 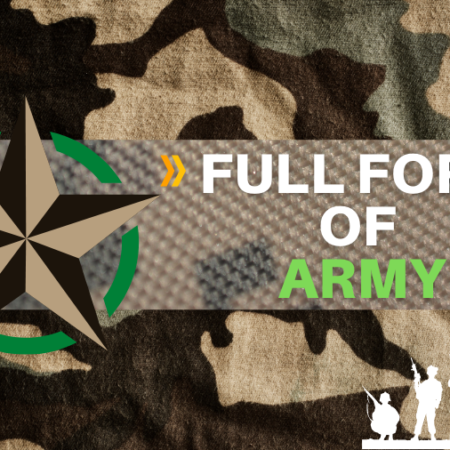 Next post Army full form | how to join india army After Ever Happy: Release Date, Review, Cast And Platform To Stream It Online Is Aidan Gallagher Death News Real Or Hoax? Details We Know About The Actor